You are viewing the archived version of the site. Go to automodeler.com for the current dynamic site!
main (AeroScale) World War II (AeroScale) Great Britain 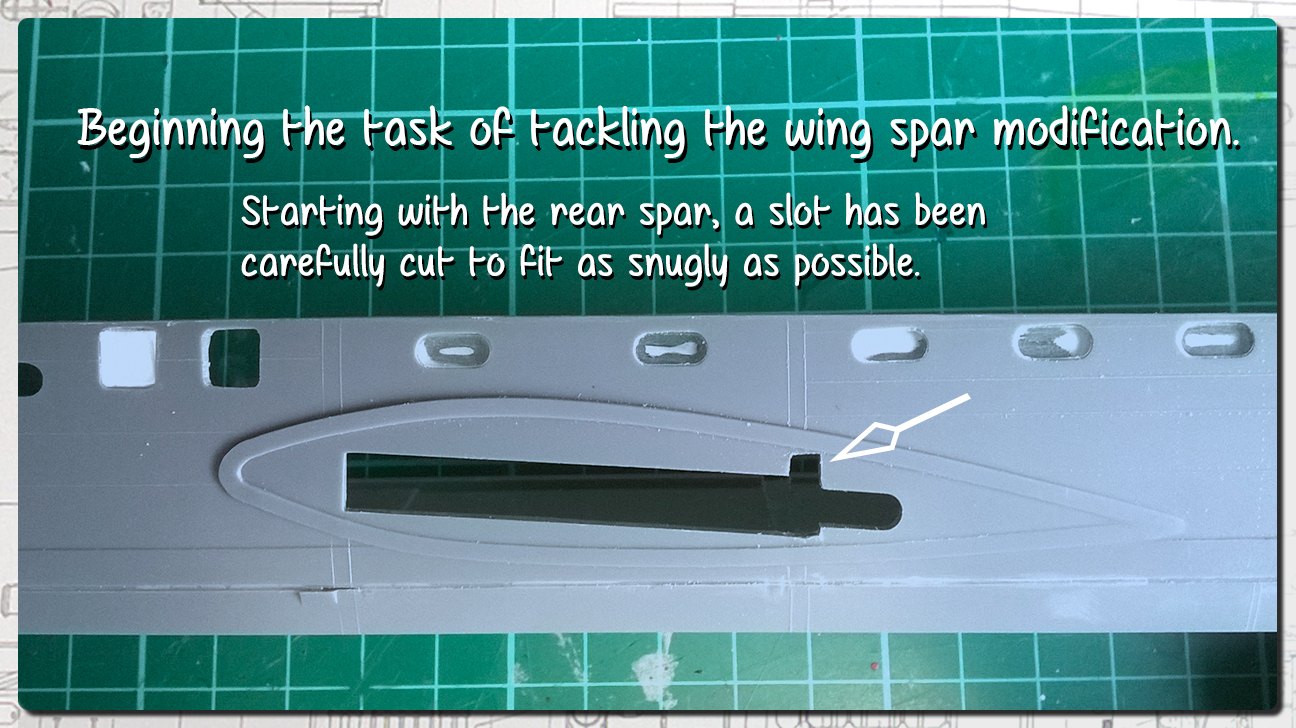 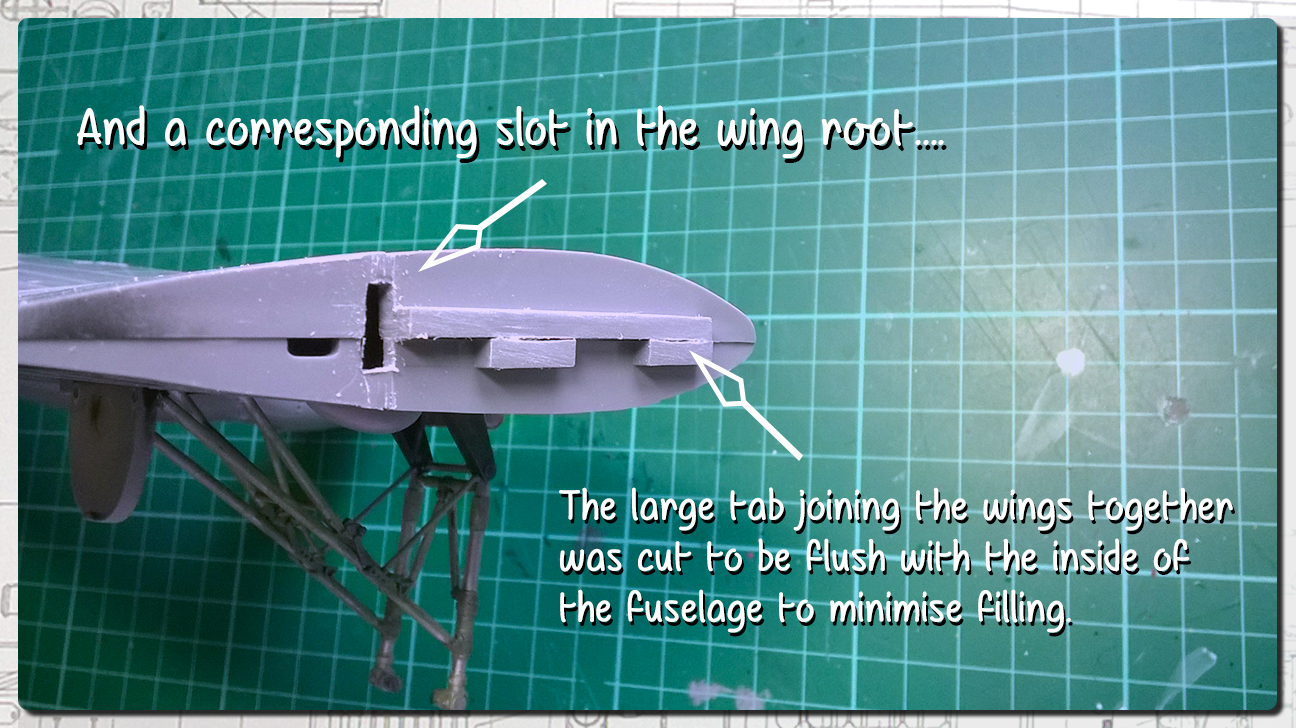 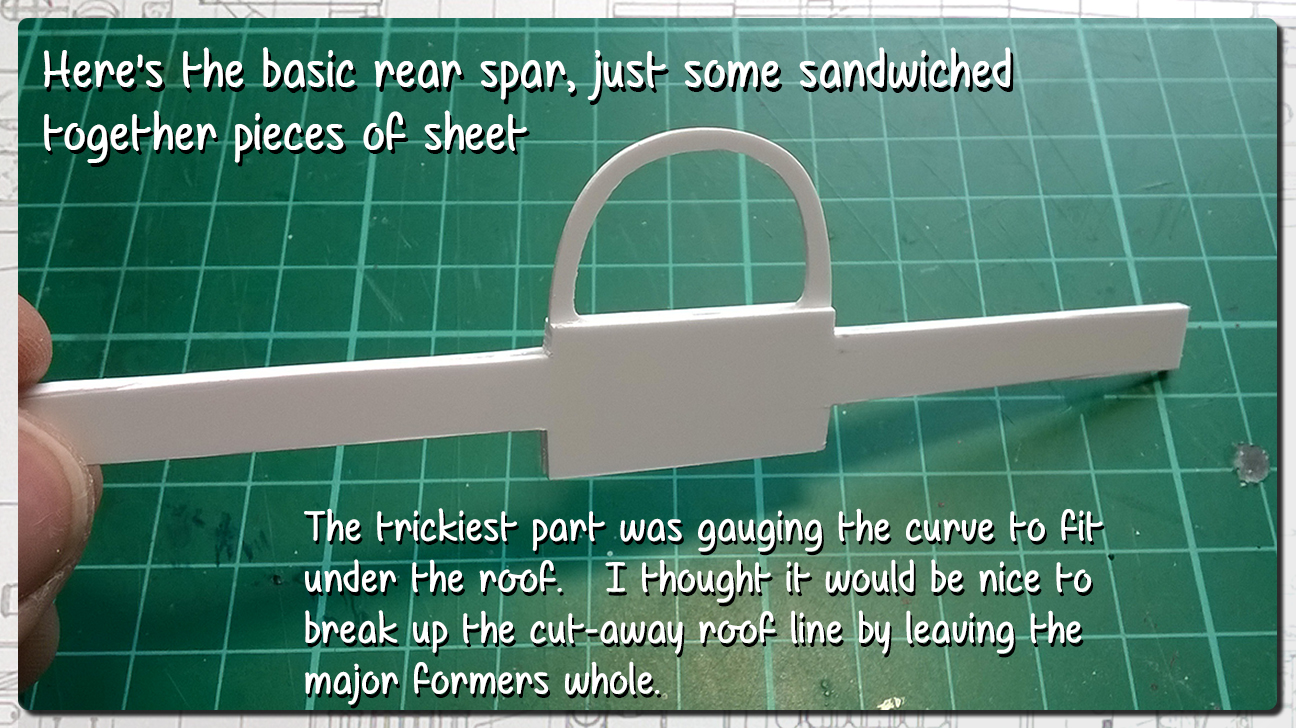 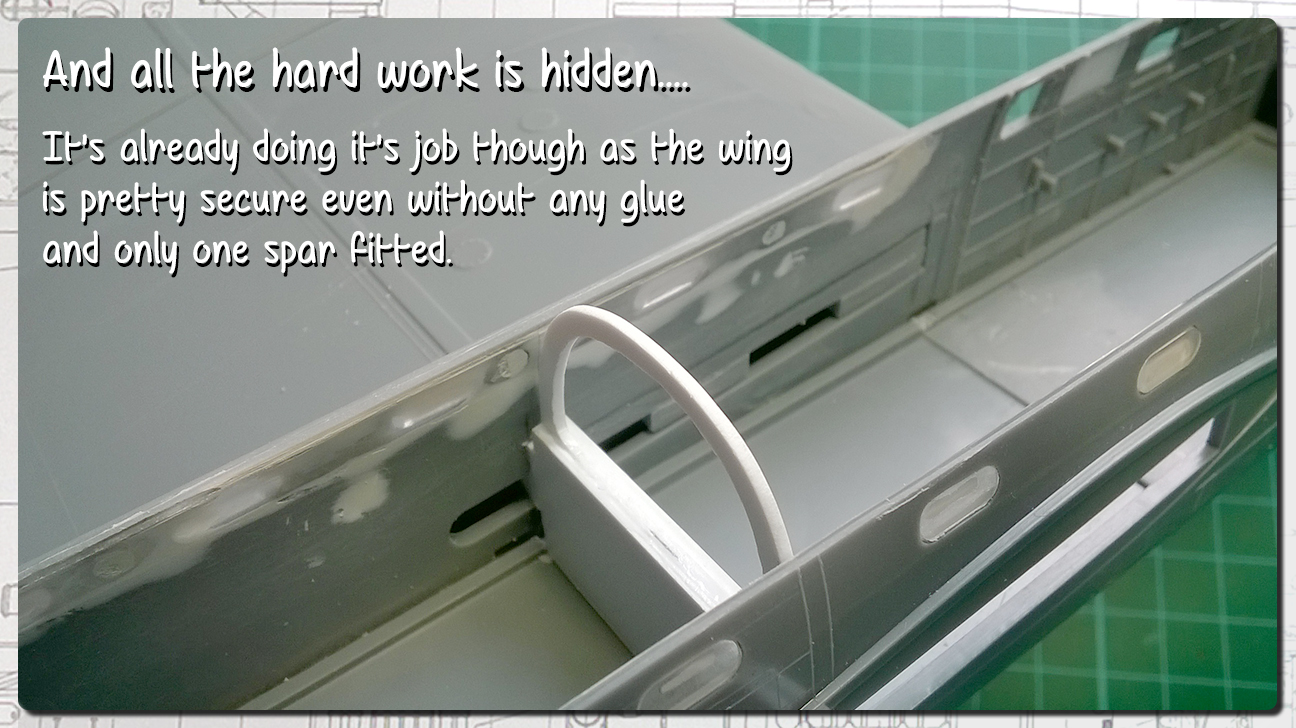 REPLY & QUOTE
KelticKnot (Paul Anderson) said
A couple more bits as I procrastinate on continuing with the rest of the formers.... 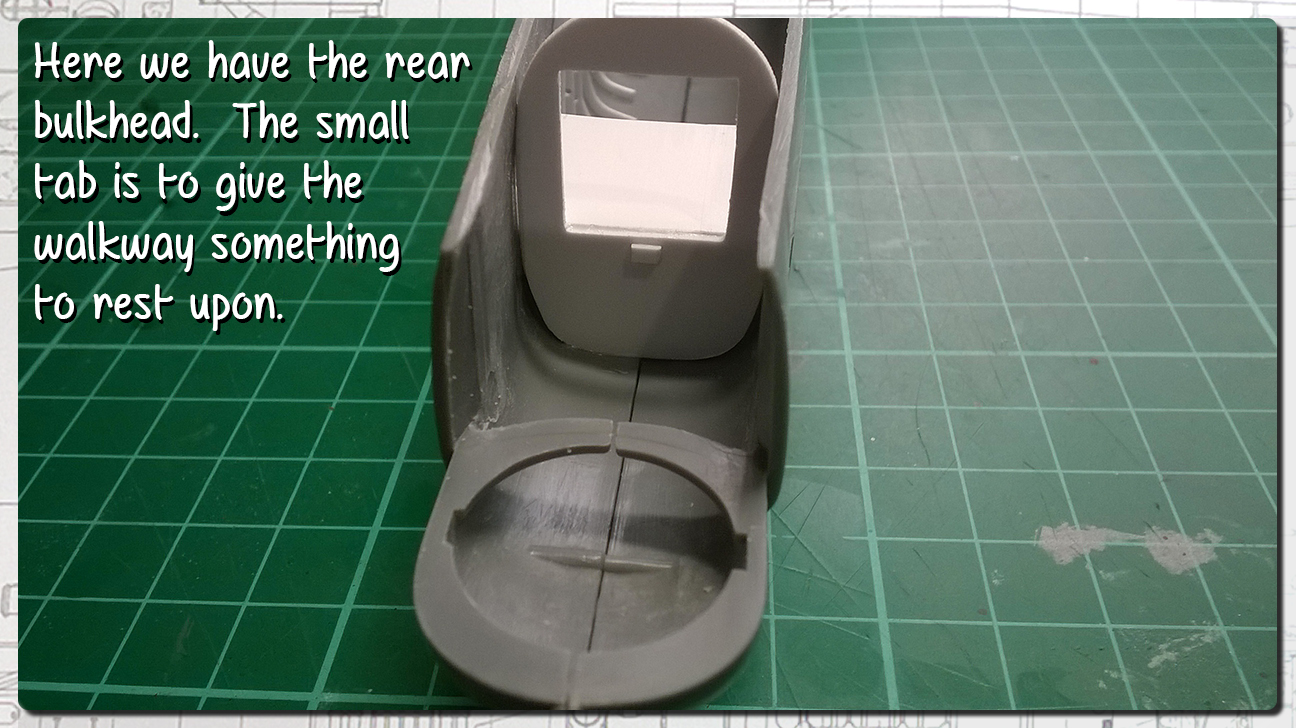 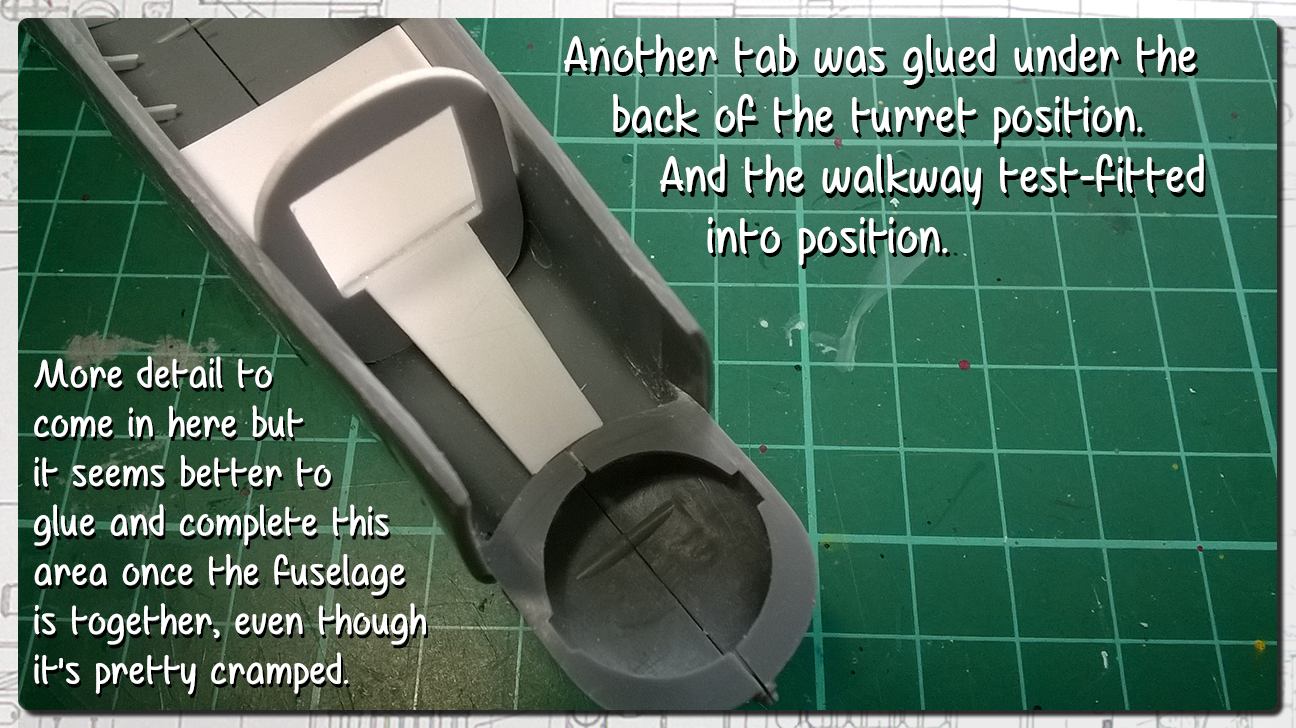 REPLY & QUOTE
chukw1 (Chuck Wojtkiewicz) said
I'll be a monkey's uncle if this isn't one of the nicest build threads I've seen in a while! I had the pleasure of seeing the BOB Memorial Flight several years ago- it gave me new appreciation for the Lanc. Soldier on, Paul- and cheers!

REPLY & QUOTE
KelticKnot (Paul Anderson) said
Why thank you Chuck although I couldn't possibly comment on your genetic make-up.

The updates are coming thick and fast this week, hopefully I'll get another small one out later today.

REPLY & QUOTE
KelticKnot (Paul Anderson) said
Yep, here's another bit ticked off the list. I'm thinking the grooved centre section is probably threaded but let's not get too picky ! 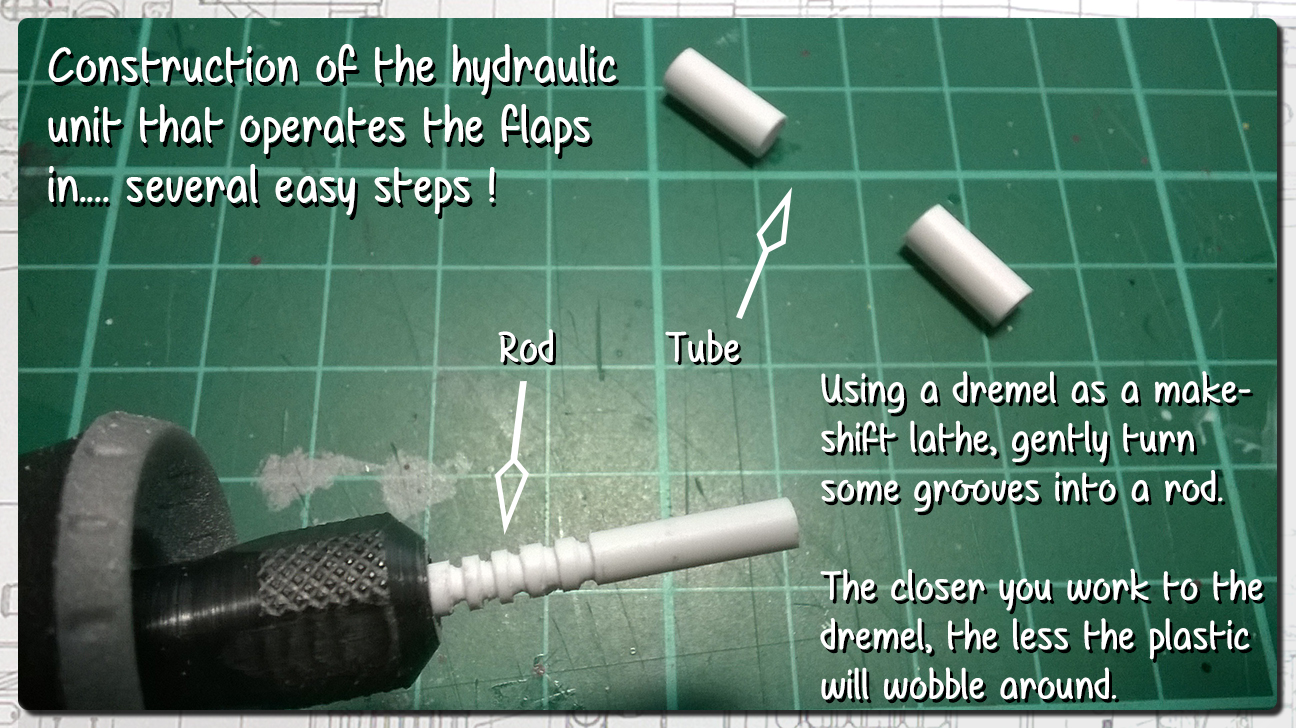 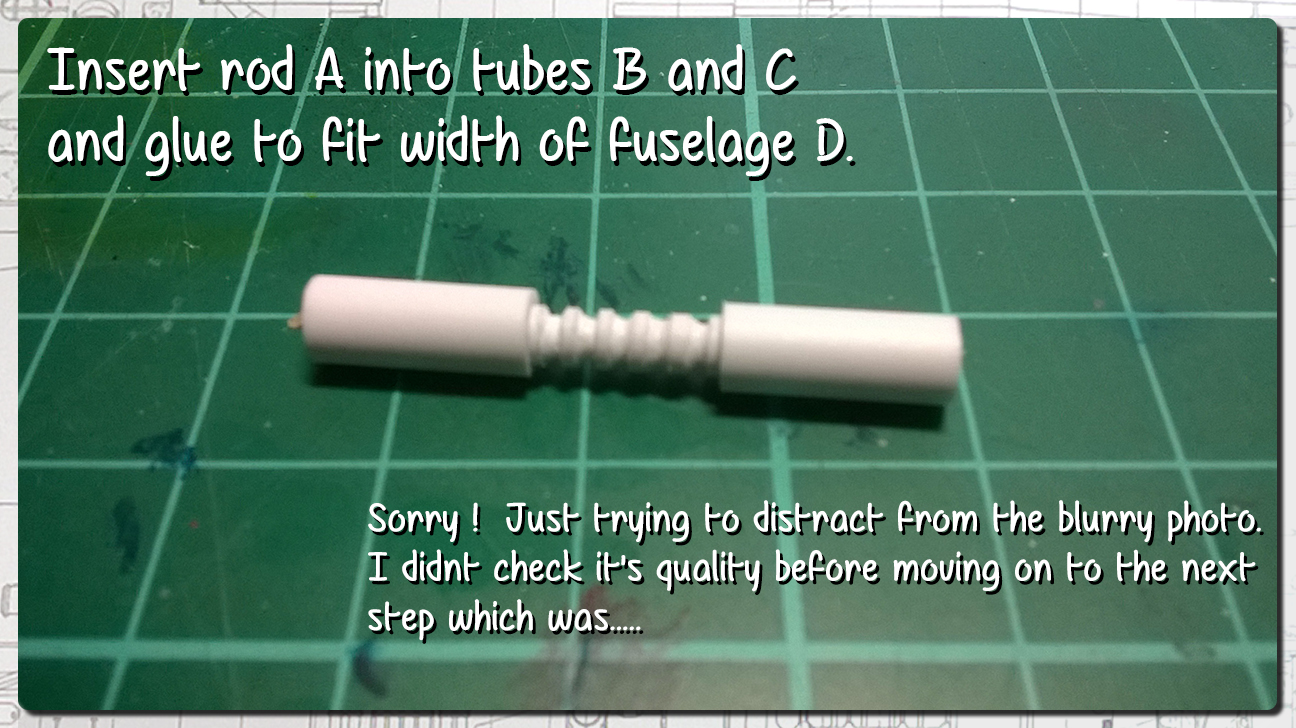 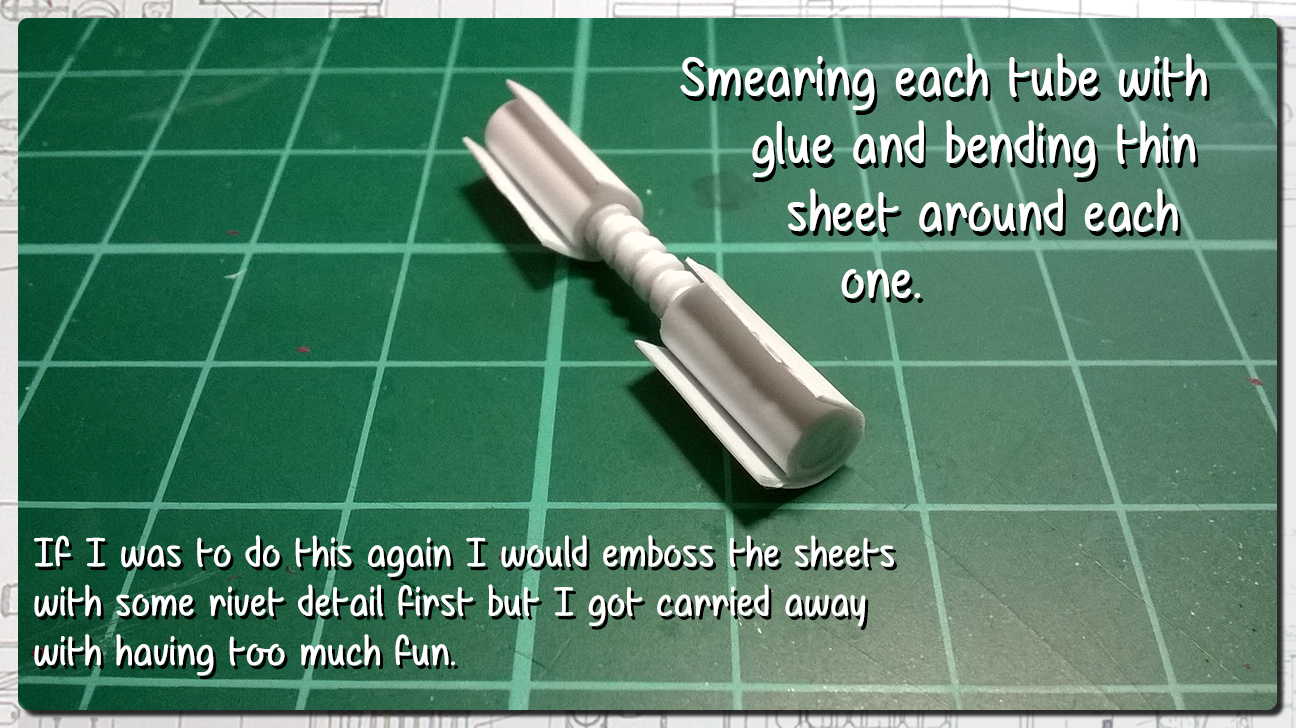 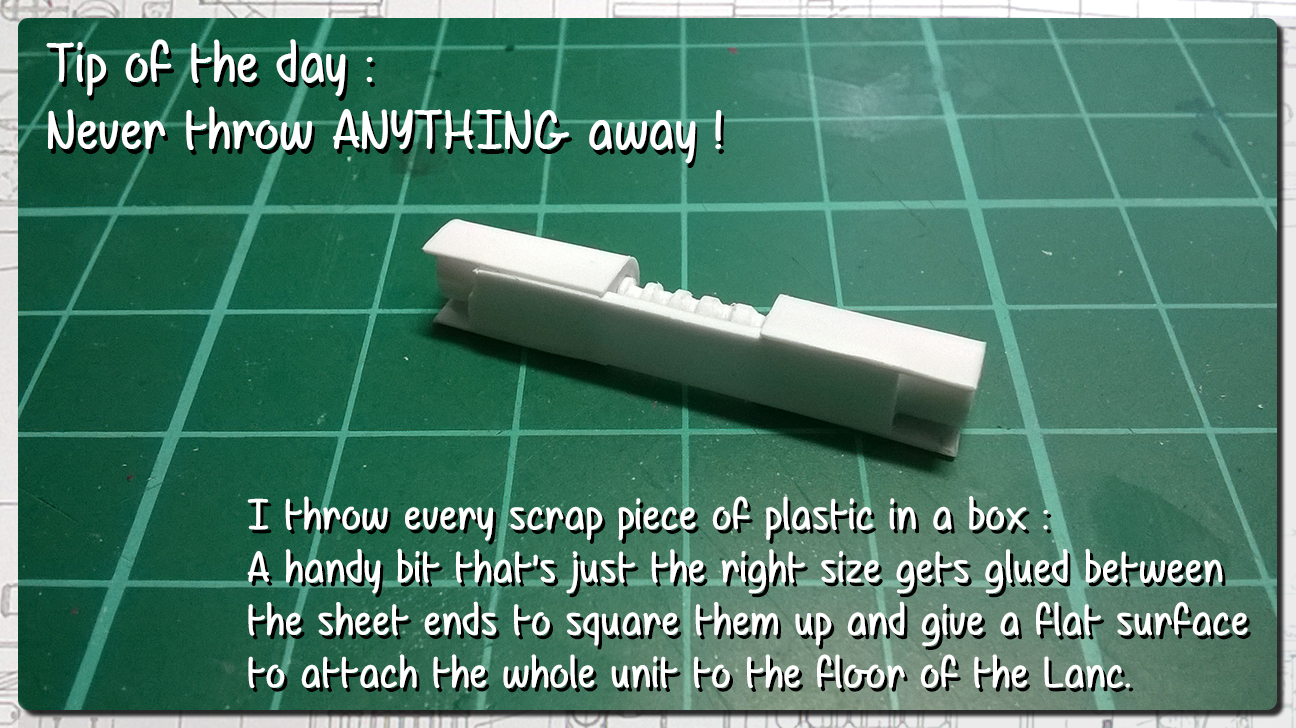 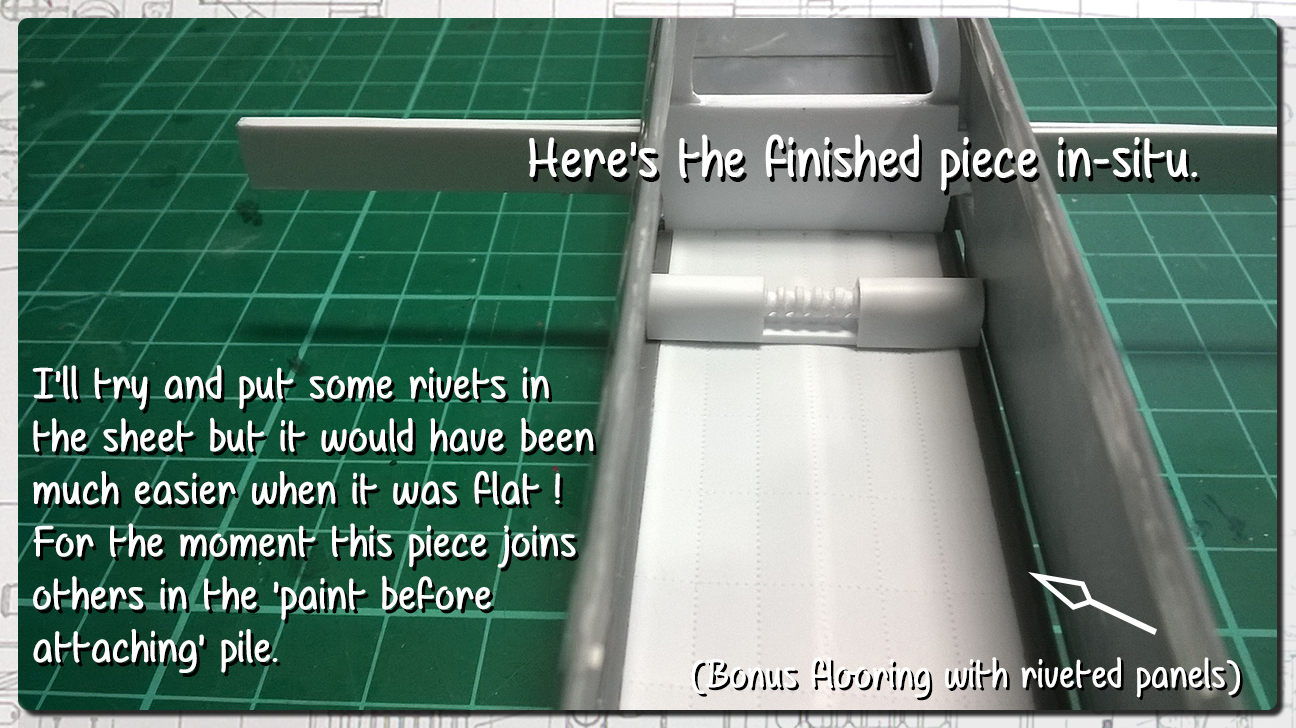 REPLY & QUOTE
goodn8 (Thomas A.) said
Paul, your build and log is sooooo cool and nice !
You have a real good eye for engineering.
Thanks for the time you spend to share it with the community

REPLY & QUOTE
Sometimes you need to distance yourself to see things clearly - Lao Tzu -
... in scale and in real life -T.

REPLY & QUOTE
GazzaS (Gary Shively) said
Paul,
Some fantastic scratch building you're doing! I'm impressed by your turning your Dremel into a makeshift lathe! I can already see some useful applications...like the springs on landing gear that always have either injector pin marks or those annoying thin strips of flash. It'll be easier to make new springs in some applications perhaps.

You have a real good eye for engineering.

I think the way my brain is wired allows me to visualise things before and during building them. A bit of art school training in the past probably helps me see the underlying shapes of things. I think that's maybe the key : look for the cubes and cylinders and planes underneath the detail.

Thanks Thomas, I hope it's as entertaining for others as it is for me !

Paul,
Some fantastic scratch building you're doing! I'm impressed by your turning your Dremel into a makeshift lathe! I can already see some useful applications...like the springs on landing gear that always have either injector pin marks or those annoying thin strips of flash. It'll be easier to make new springs in some applications perhaps.

Thanks Gaz, I'm glad you like the dremelathe©
I'll be selling them for a modest markup of about 35% on Fleabay.

REPLY & QUOTE
Gabriel
Many of my builds can be seen on YT in video format. Please check 'Panzergrau Models' Channel.

REPLY & QUOTE
Joel_W (Joel Willstein) said
Paul,
Your engineering of the wing spar assembly is just outstanding. I'm also quite intrigued for yet another use for my dremel that 99% of the time is unused, even though I've had it for 40 years.

REPLY & QUOTE
KelticKnot (Paul Anderson) said
Thank you all, you're encouraging me to keep pushing myself.

It's been a week since I last touched anything and my fingers were getting itchy! 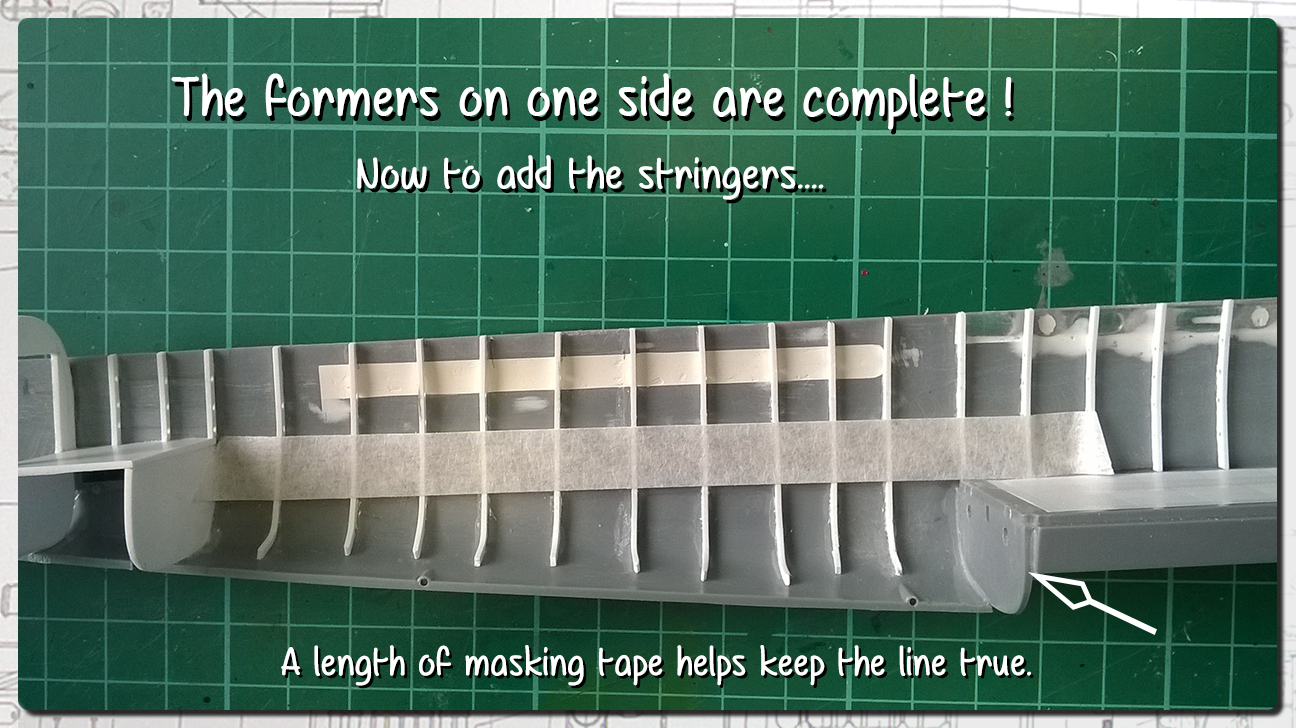 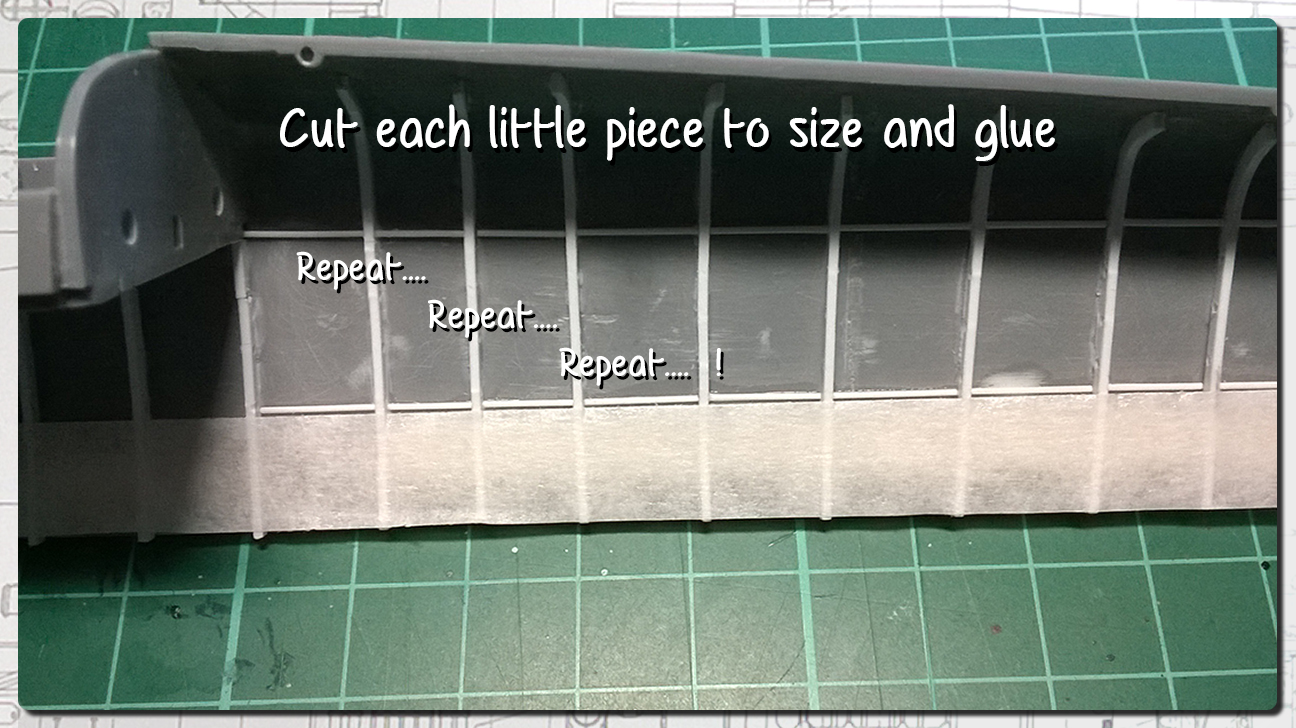 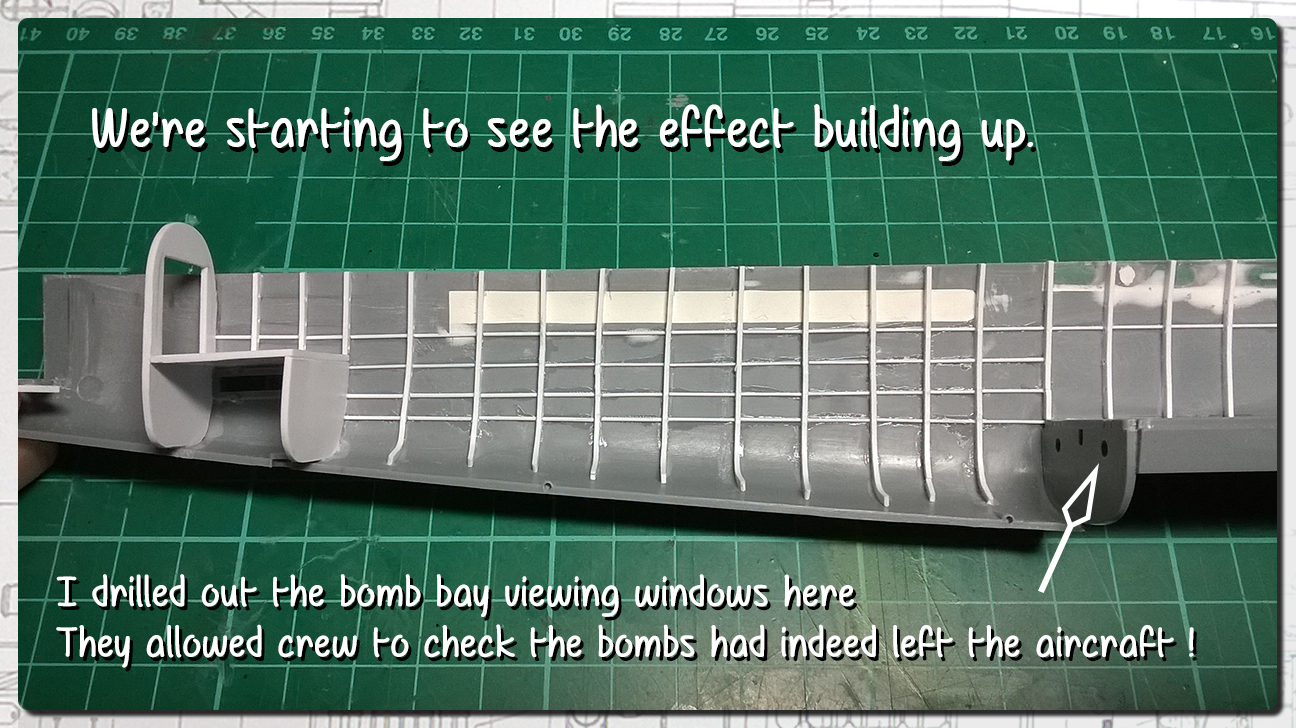 REPLY & QUOTE
KelticKnot (Paul Anderson) said
Thanks Gary, having a straight edge to work against is the thing. Trying to eyeball several parallel lines would be too difficult.
I'm planning on getting the opposite side done in the same way then finally dust off the airbrush. I'll need to get paint down before layering on the other main things like the ammunition feed belts which run down the fuselage.
Trouble is I need to afix the wings to each half and fill the interior join before i can add the formers in that area. Not ideal but the only option i think!
I'm trailblazing new territory with this kit... It wasnt meant to be put togethet this way.

REPLY & QUOTE
Joel_W (Joel Willstein) said
Paul,
As I already said a few times, your scratch building skills are amazing. The very best of the best seem to be able to mentally visualize the process needed to create a part, then go ahead and fabricate it. Unfortunately in my case, I don't really have that skill set.

All those formers are in perfect parallel orientation to each other. Same for the few stringers you've added to date. And that's the real secret. So many times I've seen some excellent work just fall short because of that issue. And I'm the 1st to admit that it's been one of the main issues I still struggle with.

All those formers are in perfect parallel orientation to each other. Same for the few stringers you've added to date.

I can look again at the picture above and see lots of not-parallel areas but we do tend to over-analyse our own work don't we?
I've been away on holiday for a couple of days so nothing to report although I did get a lot more of the stringers fitted on that one side before I went. Not looking forward to having to try and repeat the task and get the lines in the same places !

REPLY & QUOTE
KelticKnot (Paul Anderson) said
Work continues - a step backwards to fix the wing issues before we can move ahead again with getting the last of the formers in place over the wing join.
Also a satisfying moment when parts fit together well.... not something that happens too often in this hobby! 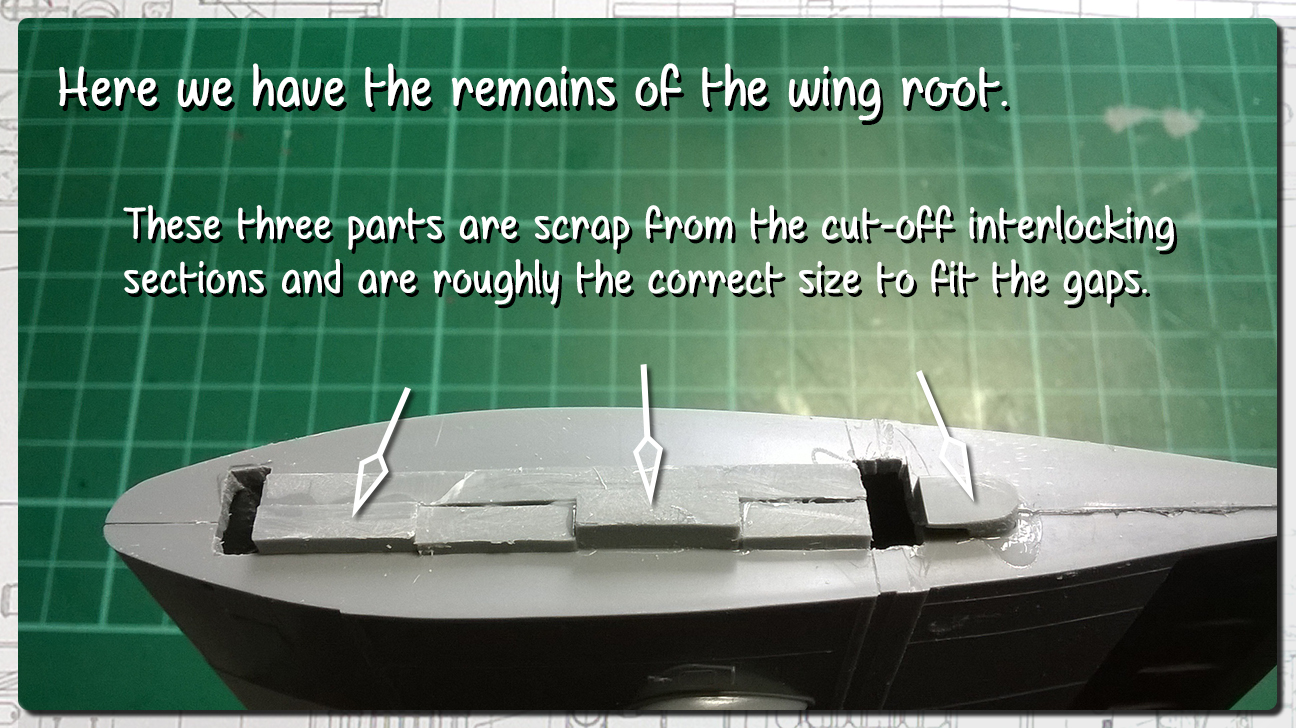 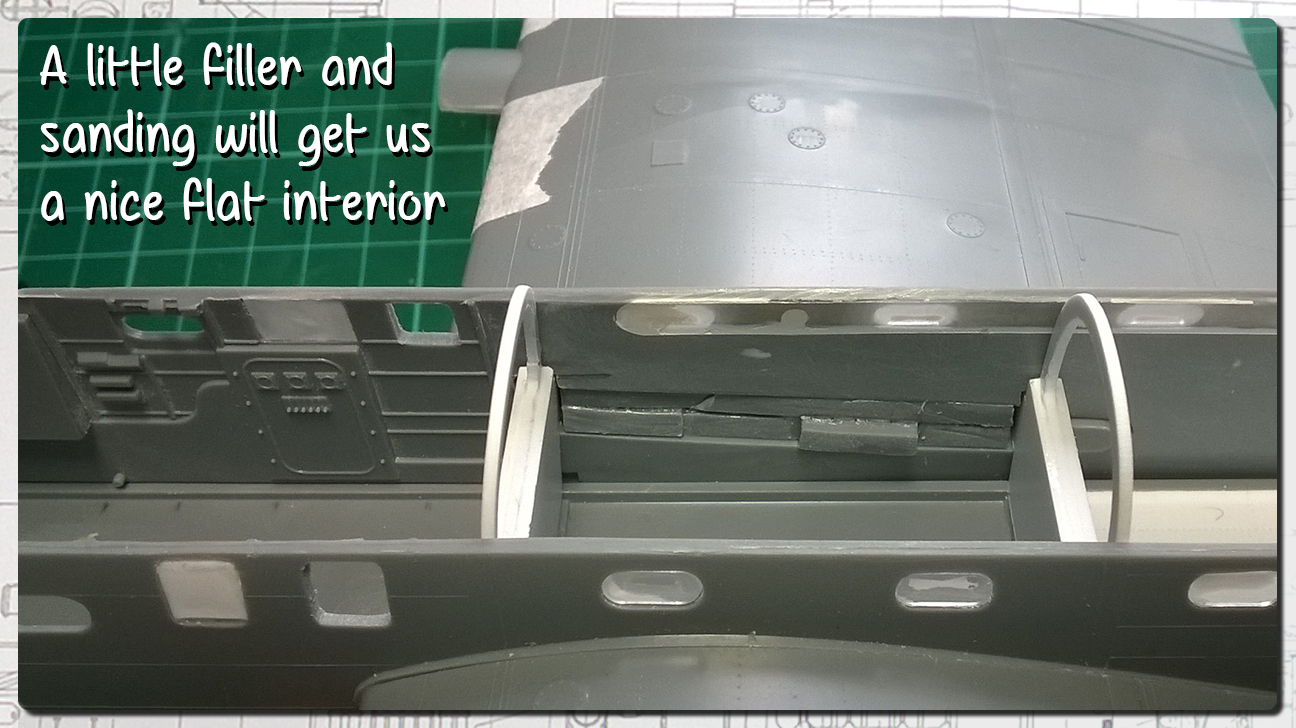 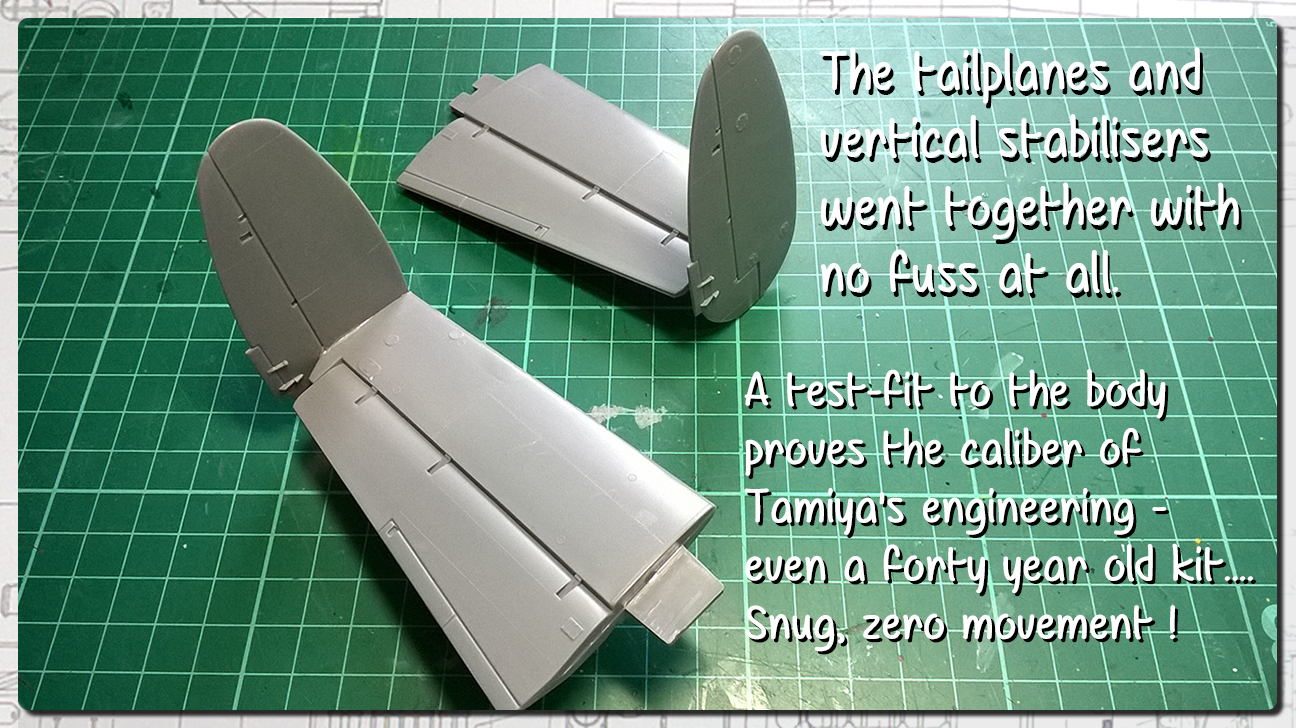 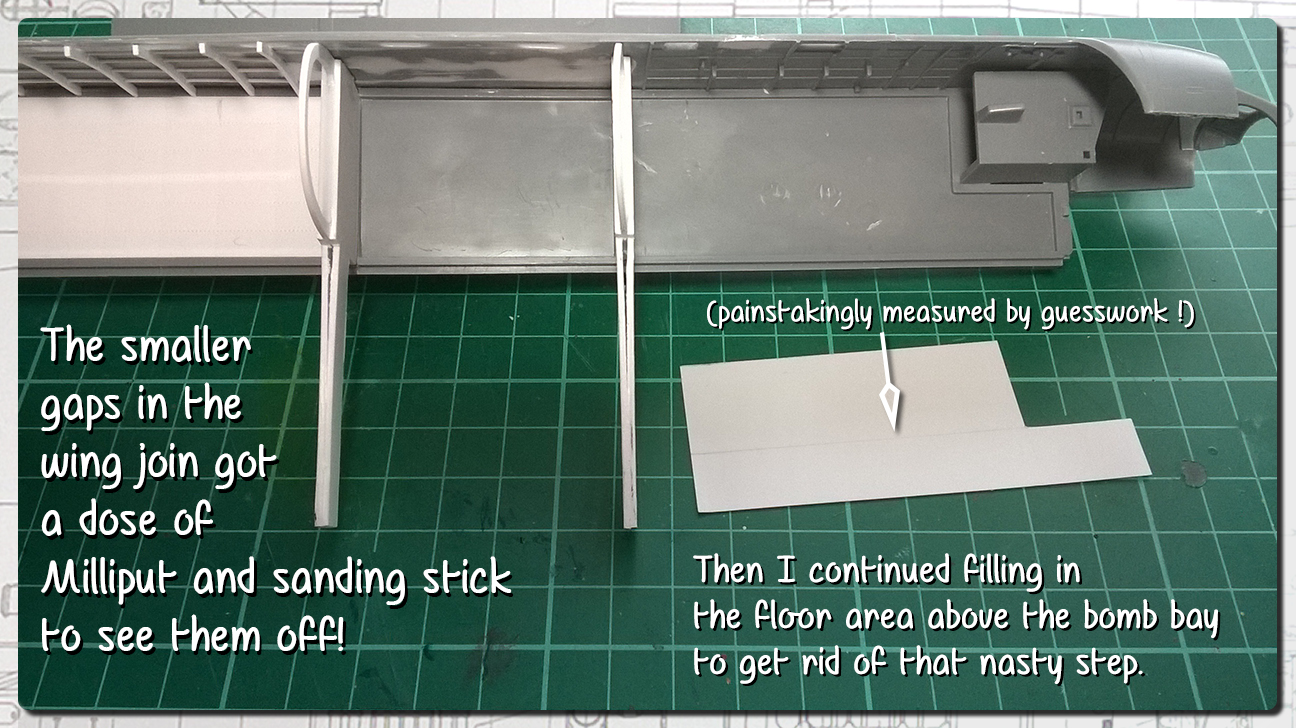 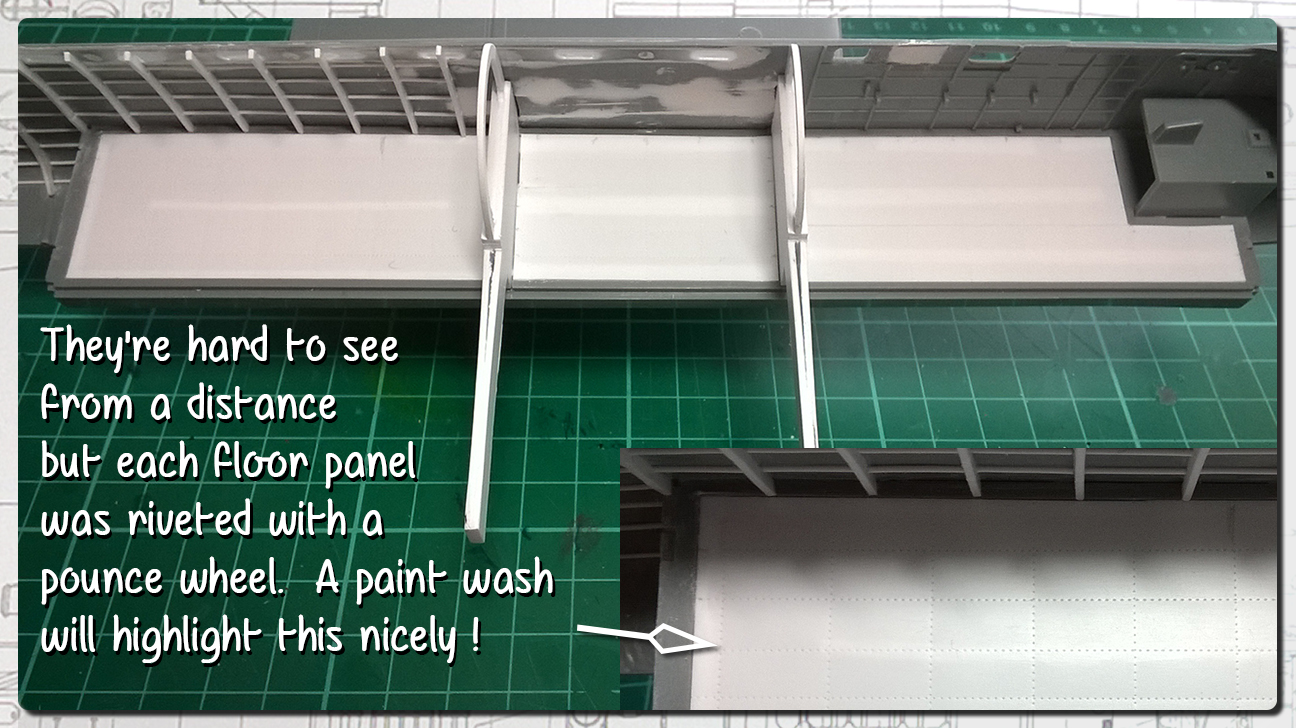 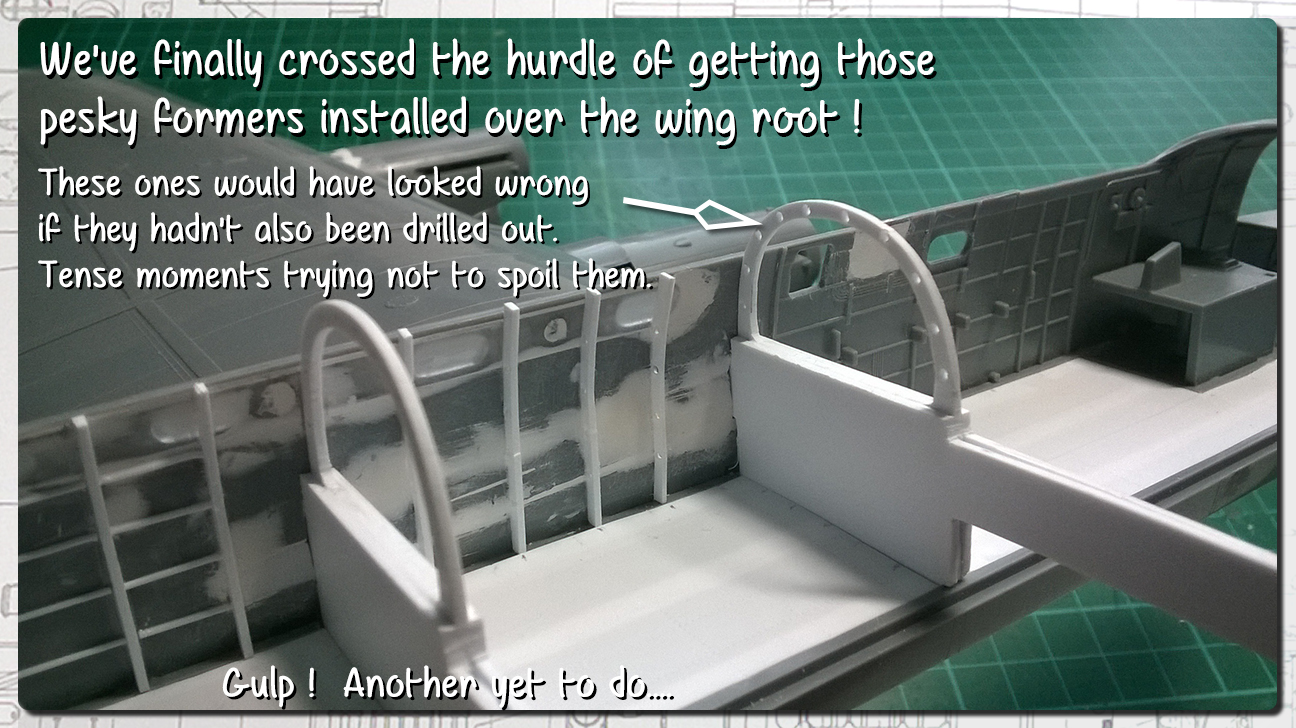 Slowly but surely getting through a lot of this structural work before we get back to trying to scratch build some more interesting bits.

REPLY & QUOTE
KelticKnot (Paul Anderson) said
Out of a mad curiosity I started wondering what the parts count for this model was........

REPLY & QUOTE
Redhand (Brian ONeill) said
More wonderful work here Paul. What a beauty this is going to be!

REPLY & QUOTE
On my Workbench: 1/48 B-17F Luscious Lady (with H.G. Barnes and Karl Hauffe - Research) and with Contributions from the late Arthur T. Babiarz, Jr.
Two Special Hobby AF-2 Guardians, one AF-2W, and one AS-2S

Hi Paul, Nice work on those spars and formers. Drilling styrene at any time makes me nervous. I'm always afraid the bit will drift.

Yes, me too. I could probably do with a slightly thinner bit. I'm using the thinnest one I currently have and there's not a lot of leeway for mistakes. Thankfully I've only ruined two or three formers but it's always on the last hole when you are getting over-confident!

*edit* oh, as a side note: I always poke a small pilot hole with a pin thats held on the other end of the pin-vise. Just have to keep it in mind that its there and not stab myself with it

More wonderful work here Paul. What a beauty this is going to be!

Thanks Brian, I hope my paintwork does the interior justice after spending so much time on it. I think I'll try to slightly over-emphasise the shading to make all the detail really stand out. It would be a shame for all the detail to just blend into one mass of 'interior green'.

REPLY & QUOTE
KelticKnot (Paul Anderson) said
Some more interesting bits and pieces of research coming to light this week....
I've re-read the Tirpitz related chapters of Tony Iveson's book and there was some extra, valuable info regarding the modifications made to the Lancs which carried Tallboy bombs.
Not only that but the modifications to extend the range of the bomber to an absolute maximum to reach the Tirpitz to deliver the Tallboys.

To paraphrase:
F-Fox had a major service, being re-fitted with the more powerful Merlin T-24s, with paddle blade props. Mid-upper turret and front guns removed. The flare chute and armour plating (which i assume was the pilots headrest plate) were also removed for weight. In addition, extra fuel capacity in the shape of a 250 gallon tank was installed in the fuselage.

This raises some fascinating points. (well, possibly to aircraft historians and myself anyway!)

Firstly I can now say with reasonable certainty that the single photo of ME554 that I discovered earlier can definitely be linked to the period of time Tony flew her as the paddle blades are plain to see. Not only that but there seems to be good evidence that the photo captures the aircraft in her specific incarnation that I am modelling, prepped for the second or third Tirpitz raid. I hadn't noticed before but there are no guns in the front turret !
I'd like to think it's safe to assume that the guns would have been replaced after those extreme distance raids.

Here's the image to refresh the memory.... 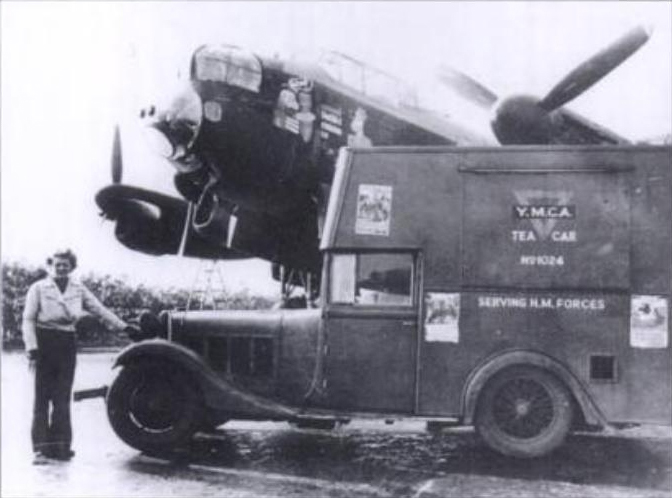 The information regarding the fuel tank was not new to me but it got me wondering. I had read somewhere that they may have been Mosquito tanks. I delved into the 617 operations book which is available online and did some digging. (I feel like someone researching their family tree) Helped by the timeline in Iveson's book I found this gem :
"15.10.44
Extensive flying programme carried out. Pilots played against Navigators in a football match.
(The training being carried out during this period was to complete the conversion of the Squadron aircraft to fly the maximum possible range. Modification involved removal of the mid-upper turrets and many other internal fittings and the addition of ex-Vickers Wellington bomber aircraft overload fuel tanks....."

Another source "Last of the Lancasters" claims that in addition to these Vickers tanks, Mosquito long range tanks were also fitted. I'm leaning towards the Vickers tanks being replacements to the Lanc's own wing tanks and the Mosquito tank was internally fitted in the fuselage. If this is so, how to possibly portray this in the model??? There would be next to zero chance of a description of such a modification, ie. where and how it was fitted in the fuselage, and less chance than that of any photographic reference ! This is a special mod in an already specially modded aircraft in an elite squadron. Of course, no-one is likely to challenge my interpretation of this detail.

Sorry for the long post ! I have some more interesting findings to share but I'll save them for another time.

REPLY & QUOTE
KelticKnot (Paul Anderson) said
A quick informal post but worth noting a landmark moment:
Formers and stringers for one half of the fuselage complete!
189 individually cut and glued pieces of Evergreen strip and rod. Phew ! 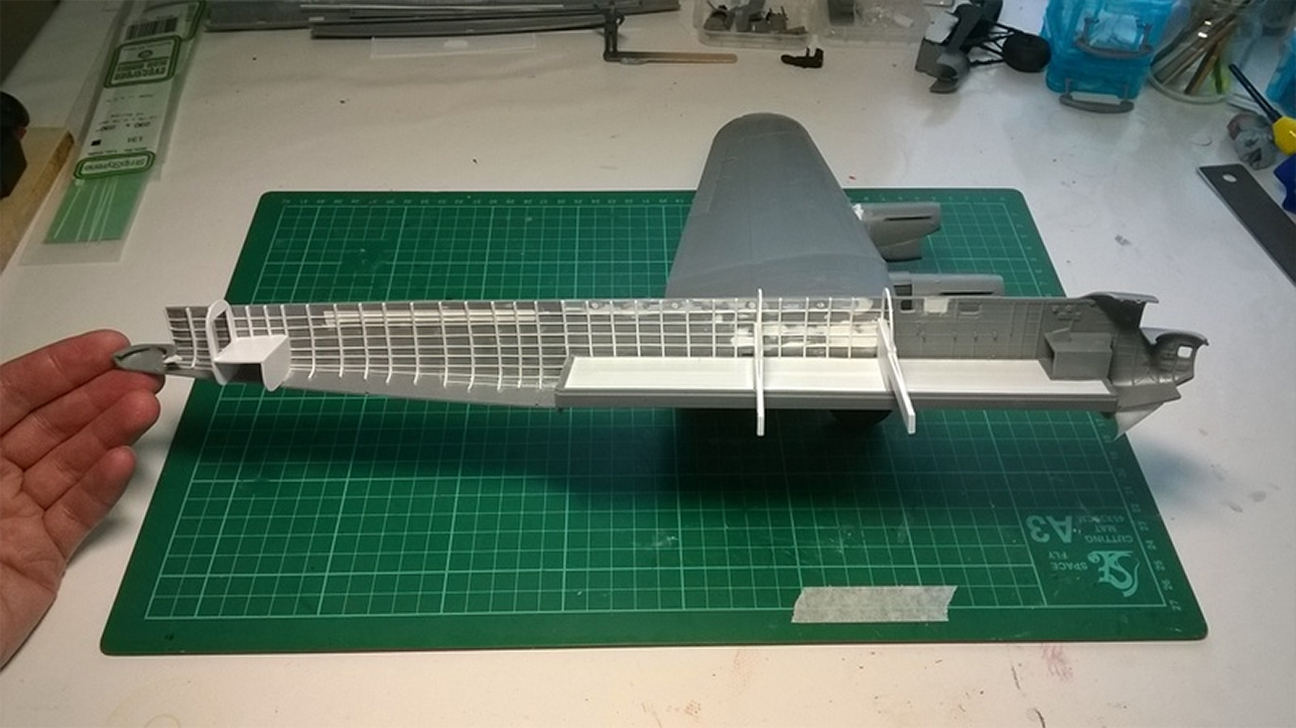